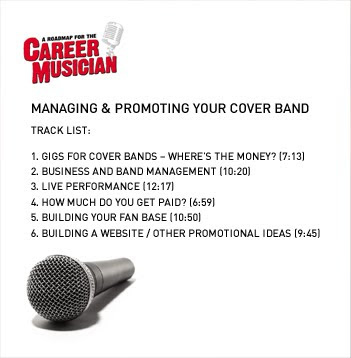 (The above reference is incorrect)
It's been brought to my attention that some of you would like a track list for this podcast. There's a few reasons I've elected not to post one.

First of all, I like the element of surprise. When one hears a song as a blank slate, their reaction will be honest. If the listener has heard of the artist before, even just giving their name means that preconceived notions could be at play,

Secondly, giving out a track list threatens this quasi-legitimate podcast with legal action. I don't think this podcast serves much purpose other than giving promotional exposure to the artists represented, but the fact remains that it's their intellectual property used without explicit permission, so someone could easily see it differently. It's probably doubtful that it would come to that but I really don't need Google shutting down this blog.

And finally, as someone pointed out for my very first attempt at podcasting, a track list means that one could just scan the songs and seek to listen to them on their own or simply absorb the information without actually listening to it. It kind of makes the work I put into it counterproductive.

My solution for a while was to stick the track list in the iTunes "lyrics" tab for anyone who wanted it. But one day I forgot and no seemed to care, so I stopped this step entirely.
However, it appears at least a couple of you do care. So from now, I will resume putting the track list in the lyrics tab. I'm also going to "hide" the track list in the comments for each blog post. This way it won't be visible on the main page on the blog and can simply be ignored on individual post by not scrolling down, if that suits you.
Hopefully, we won't see any repercussions from this action. If we do, we'll deal with it. If anyone is an expert on "fair use" laws, feel free to contact me.
Download the latest The Unblinking Ear Podcast
Or Subscribe via iTunes
Links to this post
Posted by PB at 2:05 AM 5 comments 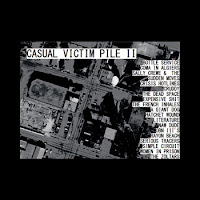 Regional compilations are tricky things. Ostensibly intended to document a specific scene, they often fall victim to the seemingly contradictory flaws of insufficiency and inclusion. Any scene worth its salt has at least a handful of groups worthy of exposure to the outside world. The trouble is there aren't usually enough of them to fill an album. (Two of the best regional comps, No New York and Laughing at the Ground both feature only four bands.) So, for the sake of occupying space and the misguided notion that more acts, regardless of their quality, equals more legitimacy, the listener is treated to aural cronyism: "Those dudes aren't very good but they're nice guys so let's put 'em on the record. Hey, does your cousin with the four-track have to a song to give?" Even some of the more celebrated regional compilations fall victim to this. There's 11 bands on Flex Your Head. How many of them can you name?
This makes the accomplishment that is Casual Victim Pile 2 all the more amazing. The record is a sequel to last year's Casual Victim Pile, which in itself was a revelation. This collection of 19 bands from Austin, TX (with a few from nearby Denton) was one of the best records of 2010, with a handful of its bands also individually releasing some of the year's best albums. While many regional comps scrape the bottom of barrel to fill out space (never mind creating a worthy listening experience), CVP was practically overflowing with awesome cuts, more than enough to make any scene proud. Almost inconceivably, CVP2 features another 18 Austin bands, all of whom offer their own distinct flavor of rock music. Some names are familiar to me (Cruddy, Rayon Beach, Sally Crewe and the Sudden Moves). Those who aren't give me enough of a taste to make me crave more (pretty much everyone but especially The Dead Space and Serious Tracers). Unlike the original compilation, CVP2 is not being released on Matador but rather Matador founder/owner Gerard Cosloy's more D.I.Y. 12XU imprint. Don't let the decreased exposure or worry of diminishing returns disuade you. Casual Victim Pile 2 is every bit the record its predecessor was. And the whole shebang is streaming for free on bandcamp. 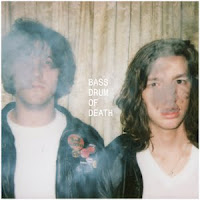 It's been over a year since we lost our friend Jay Reatard. It goes without saying that we can never replace the man, but those mourning the loss of his music would do well to check out GB City, the debut album from Oxford, MS's Bass Drum of Death. Formerly John Barrett's Bass Drum of Death, this group is essentially a one man recording unit, much like Mr. Reatard's early recordings. Also like Mr. Retard, Mr. Barrett has a knack for snotty, hook-laden punk rock with a surprising amount of complexity and depth. An extremely promising debut.
Links to this post
Posted by PB at 4:40 AM 19 comments

The Unblinking Ear Podcast: Checking In

I've been doing this podcast on a weekly basis for about two months now. I have to admit I'm a bit worried it's not going well. Certainly, downloads have been down, though this may be due to a shorter window of time for people to "catch up" with the latest edition. But there are other nagging concerns: Does routine make it easier for the listener to take the podcast for granted? Has the duty of assembling a podcast once a week (as opposed to whenever the hell I feel like it) led to some questionable music choices on my part. There's also the issue of the fact that I've been spending my efforts on the podcast and not doing any writing for this blog. (Though that will be rectified sooner rather than later.)
So in honor of Presidents' Day, and public opinion effected (and affected) creatures that all politicians are, I present a poll for you to fill out below. Let me know what you think and feel free to add further thoughts in the comments.
What are your thoughts on the Unblinking Ear Podcast now that it's being done on a weekly basis? 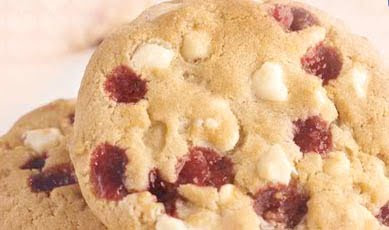 The highlight of my Valentine's Day thus far is undeniably the free cookie I got with my Subway-brand sub, as shown above.

I suspect that the highlight of your Valentine's Day will be the podcast below.

Some of you might deny this, stating that you'll surely be getting laid at some point today.

However, if that were true, would you be spending your time with things like "podcasts" or "blogs" or "music" in the first place?

The Unblinking Ear Podcast: Let's Get It Started 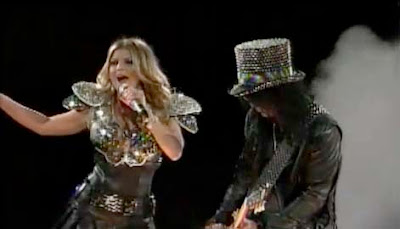 (She's no Sheryl Crow)
I don't want to say that this podcast is more musically rewarding than last night's Super Bowl halftime show...

Actually, you know what? I will go ahead and say that.