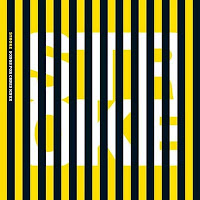 On Tuesday, Merge Records released Stroke: Songs for Chris Knox. The 2-CD tribute album is a benefit for Knox, who suffered a stroke last year. I'm not sure what New Zealand's health care system is like (I'm going to assume it's still better than that of the US), but all proceeds are going to Knox, who could apparently use the money.

The album is sure to receive some degree of attention, being that it contains cuts from the recently-departed Jay Reatard and the always-reclusive Jeff Mangum of Neutral Milk Hotel, his first official release since God-knows-when. Also contributing are many of Knox's New Zealand contemporaries (The Chills, The Bats, The Verlaines, David and Hamish Kilgour of the Clean) and more than handful of current indie rock superstars (AC Newman, Yo La Tengo, the Mountain Goats among others), all of which gives credence to Knox's influence over the past three decades.

Hopefully, this will not only ameliorate Knox's recovery but also garner him some additional fans. Knox's discography with the Tall Dwarfs, Toy Love and as a solo artist is extremely impressive, hitting a sweet (but not sugary) spot between perfect pop melodies and lo-fi noisy weirdness more consistently than just about anyone since. In particular, the Tall Dwarfs' Hello Cruel World (which collects their first four EPs) has long been a favorite in my household and is perhaps the best entry point for the world of Chris Knox.
Below are a pair of videos for songs both available on Hello Cruel World. Also, be sure to check out Merge's Stroke page for clips of each song from the tribute album. Full versions are, of course, available for purchase.

I've never been a particularly prolific blogger but I have to admit the infrequency of my posts has become a bit ridiculous of late. I mean even the Siltblog has outpaced me thus far in 2010.

So, I think it's time I made just a few changes around here. I don't know if there will be an "Indie Hottie of the Day" as I prefer to keep my self-gratification fodder private.

I had some ideas the other night after smoking some pot. (An annual event for me.) The following morning, I concluded that a few of them were actually decent. Also, there seemed to less peanut butter in my home than there was a day prior.

What's that line from the Effigies song? "When things fall short of expectation, it's time to redefine." Stay tuned.

Avant Garde Is For The Birds

French artist Céleste Boursier-Mougenot simultaneously creates something more rockin' than most of her countrymen who were actually attempting rock, and reminds me that I never should have bothered to pay money to go to the Cooler at any point during my youth.
Links to this post
Posted by PB at 3:43 PM 1 comments