Is It Just Me Or Can This Winter Not End Soon Enough?

This past month has been a rough one for the good guys. Between Conan losing The Tonight Show, the death of Jay Reatard, the tragedy in Haiti, the state of Massachusetts electing a right wing piece of beefcake to the Senate and our country's further devolution into corporate feudalism, this decade is shaping up to be even worse than the last one, which, by all reasonable standards, was pretty shitty. And, of course, there's the cold. Oh, the cold.
Perhaps we should all take some travel advice from the Young Canadians, who probably know from cold. Even if you can't afford a vacation to a warmer climate right now, this little slice of mildy profane pop-punk just might cure your seasonal affected depression.
Links to this post
Posted by PB at 11:11 PM 0 comments

I've come to realize that many of you are still not totally wise to the many ways in which one can effortlessly enjoy this podcast.

Below, I've tried to make it as easy as possible. If you click your mouse anywhere within this post, you'll probably wind hearing the podcast somehow. 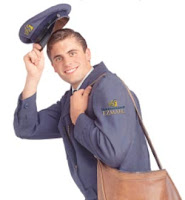 This podcast is available by subscription via the iTunes store. Just search for "the unblinking ear" and will come right up. Or if that's too much trouble, you can click the picture of the friendly mailman or anywhere in this paragraph and it will open your iTunes and bring you to the Unblinking Ear page. Just click subscribe and you'll be set. Feel free to click on the little drop down menu and share on Facebook and Twitter while you're at it.

You can also download this podcast directly from its storage site. Click on this paragraph or on the picture of Sandra Bullock from the 1995 cyber thriller The Net.
Finally, each podcast is embedded in its parent post. Just click on the play button below (that's the button with the triangle pointing to the right) and you'll listening.


If you're still having trouble, please contact our customer service center. Send your e-mails to podcastproblems@unblinkingeartechsupport.com. One of our agents will be right with as soon at they are hired and agree to work for no money.
Links to this post
Posted by PB at 3:15 AM 0 comments

Requiem For A Reatard 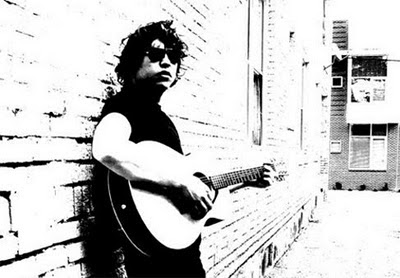 When I first heard rumors of the passing of Jimmy Lee Lindsay, better known to the world as Jay Reatard, I assumed it was some nasty internet prank. With the recent Chuck Biscuits fiasco fresh in my memory and factoring in JR's propensity toward message board and Twitter feuds, it seemed like the most plausible explanation.

Sadly, the rumors turned out to be true. While many insensitively chimed in with some variance of "I'm not surprised," I have to say that I was. While the press deemed Jay Reatard as confrontational and self-destructive, I always felt that was a bit blown out of proportion for the sake of good copy. I saw him play at Cakeshop a few years back and he angrily confronted a fan, who had slam danced all over his pedals. Under the circumstances, "Get the fuck off my shit" seemed like a reasonable response. I figured that other scrapes he'd been in since were retaliations to much more pronounced baiting. I even thought urinating on his own bandmate while on stage was well within the realms of acceptable rockstar behavior.

There are certainly those more qualified than me to eulogize Jay Reatard. I didn't know the man. I'm not as familiar with his extremely prolific recording career as some. In fact, most of his formative work didn't do much for me. Upon hearing the Reatards many years ago, I was fairly unimpressed. It wasn't until a friend turned me on to Blood Visions shortly after its release that I finally recognized the guy as a considerable talent. I illegally downloaded Blood Visions upon recommendation and was instantly blown away. Mr. Reatard seemed to synthesize everything I love about punk rock in that one record, combining the angularity of Wire, the irreverence of Angry Samoans and the raw fury and velocity of bands like the Pagans and the Saints. After the album ended, I promptly got in my car, drove to the nearest shop and bought a concrete copy. I can't name another album that moved me to equal measures.

Blood Visions slowly gained momentum as a major release by a vital artist. Along with the praise, Mr. Reatard seemed to garner criticism from two opposing viewpoints. (Shot by both sides, as it were.) Some punk purists considered him a sellout, as he became more popular and his material became more melodic. Others dismissed his music outright as retrogressive trash. I can't speculate if any of these conflicts led to his demise.

What I can say is that I found his music incredibly exciting. His more recent "pop" direction may have lacked the immediate impact of his prior work but better showcased his ample skills as a songwriter. It also proved that Jay Reatard was not one content to rest on his laurels and simply churn out whatever made him famous in the first place, as so many lesser artists do.

In my review of his most recent album, Watch Me Fall, I opined that Jay Reatard had made a "reverse In Utero." I had no idea that similarly, its creator would be gone less than a year after its release. Watch Me Fall left me wondering what he'd do next. It's a great shame that the world will never know.
Links to this post
Posted by PB at 11:30 AM 0 comments 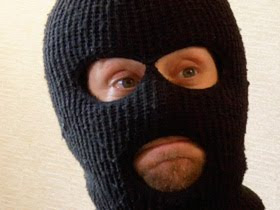 (One of 2009's most intriguing people)
I had hoped to complete this best of 2009 podcast sometime before, you know, 2009 ended. However, I forgot that the time off one gets for the holidays are often just as exhausting as any working week.
Despite an informal year-end round up I posted, I have yet to compile a conveniently enumerated list of my year's top albums. And I don't think I will, for reasons better explained by Ben Tausig at Dusted. However, if you really feel you need a list, I will create and send you one upon request, though I must warn you that after the top spot occupied by Reigning Sound and a silver medal for Grass Widow, the order will be fairly arbitrary.
There are some folks whom I hold in high regard that did make list and contain a bunch of records that escaped my field of vision. (Field of earshot? Auditory range?) Check them out and see how many of these stragglers wander into my next podcast:
Doug Mosurak
Henry Owings
WFMU's Terre T
WFMU's Evan "Funk" Davies
WPRB's Jon Solomon
DJ Rick
Brushback
Matador Records Staff and Artists
Download The Unblinking Ear Podcast Best of 2009
Or Subscribe via iTunes
Links to this post
Posted by PB at 7:25 AM 2 comments