This Shitty Decade: A Dry Run 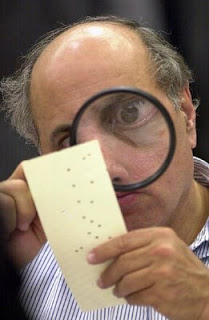 (Justin or Kelly?)
We're just about 6 months away from the end of the 00s and we're hearing surprisingly little fanfare. Perhaps it's all coming in few months. Or it could be that the past ten years are something we're collectively trying to forget rather than recapitulate. In any case, I've been pondering a list of the best records of the decade that was and I've decided to share a preliminary list with you.

Albums are grouped according to cultural significance and will be ranked and dissected at a later date. I've not included any releases from this year or last as I'd like those to have a bit more time to sink in before determining long-term musical correctness. Certainly, some are likely to make the cut.

You are more than welcome to share your thoughts on any albums you think I've missed. This will likely result in me thanking you for reminding me or making fun of your terrible taste. Comment at your own risk.

Post-9/11 NYC Trust Fund Rock
The Strokes Is This It?
Interpol Turn on the Bright Lights

Better Refutations of W's America than John Kerry Offered
Ted Leo and the Pharmacists Hearts of Oak
The Thermals The Body, the Blood, the Machine

Music on the iPod of Teenage Girls Who Have a Crush on Michael Cera
Belle & Sebastian The Life Pursuit
The Shins Oh, Inverted World
New Pornographers The Electric Version

I can't help but notice I didn't include any of Spoon's four albums from the past decade here. They certainly deserve to be but I cannot at this time decide which of these albums is best. Once I'm told by a respected media outlet in their summary of the aughts, then I'll know for certain. I don't want to go out on a limb and look like a fool. Collective agreement is what having a blog is all about, right?
Posted by PB at 6:27 PM

Really? The Electric Version makes the cut and Twin Cinema gets snubbed? Cinema totally eclipsed electric version in cultural impact and overall popularity. I'd also say that it's a much more well rounded album too. Electric version was kind of a bad album with a few stellar songs. It was worthy of bringing the New Pornographers some name recognition (if you missed Mass Romantic) but I feel like everyone was intimately familiar with Cinema.

Cultural impact? Overall popularity? Familiarity? These things have precious little to do with quality. I liked Twin Cinema fine but The Electric Version is the superior record. Your analysis of it as "kind of a bad album with a few stellar songs" is way off. Of course, I know you've also called Vanilla Sky one of your favorite movies, which will forever brand you as having questionable taste.

Twin Cinema is the better record. I have no idea why the electric version left such a high water mark on your brain but it obviously wasn't about the music.

Aside from the song the laws have changed it's a thoroughly boring album. Maybe that's it - Paul Bruno LOVES boring shit!

RE: Spoon. A lot of people will say "Girls Can Tell," which I say is bullshit. It's between "Kill The moonlight" or "Gimme Fiction." The former, for it's perfection of the Daniel/Eno studio collaboration and the imaginative use of the spare pop song arrangement, (the vocal and chopped up piano samples on "Stay Don't Go," used percussively, is a personal favorite. "Paper Tiger" is incredible). The latter for an expansion of scope. "The Beast and Dragon, Adored," boasts some of the best-guitar-noise-as-solo stuff I've heard from Daniel. "My Mathematical Mind," and "I Turn My Camera On" are sort of unstoppable as fractured pop songs.

RE: All the records you missed. Nice of you to mention them, but the actual records "Kid A," "Amnesiac," and "Hail to the Thief" will all stand up for decades in my opinion, and furthermore will define this decade for hundreds of thousands of people.

"Apologies to the Queen Mary" may not be an album by a band that will stand the test of time, but as a piece of art, it's pretty excellent and deserves at least an honorable mention.

I sort of can't believe you left off "Yankee Hotel Foxtrot," so I'll just assume you drank too much cough syrup or something. My buddy Matt at NoMoreAbsolutes reminded me of that one though, so maybe I can't talk mess. Still, to miss that and have Clinic on there is quite disturbing, PB.

Broken Social Scene's "You Forgot it in People" is easily on this list. So are at least two Animal Collective albums and maybe the Panda Bear one.

I'll probably get the most shit for mentioning Queens of the Stone Age, who happen to melt face. Since we're not limiting ourselves, apparently, to any specific or rational number (Pat Duffy-style), I submit that "Rated R," "Songs for the Deaf," and "Lullibies to Paralyze" are all fantastic. The first for the band's early, creative state, the second for insane tightness and bombast thanks in no small part to Dave Grohl and Nick Oliveri, and the third for an excellent, varied set of songs displaying everything the band does well, be it spooky, swampy blues stomp or the aforementioned face-melting.

Still, perhaps the most interesting thing here is the difficulty in remembering that which was great. I submit the possibility that we are on the cusp of the album-ignorant future generations. I see this as unfortunate.

"From Blown Speakers," "All For Swinging You Around" and "Testament to Youth in Verse" are "boring shit?"

Your statements only indict yourself.

It's probably between Kill The Moonlight and Gimme Fiction for me as well but their other two albums are good enough that they deserve another listen from me before judgment is rendered.

I'm sure the decade will be defined for thousands by Radiohead and Wilco. However, it's my blog and my list and those bands mean about as much to me as Elvis meant to Chuck D. Ditto for Broken Social Scene and Animal Collective.

I don't know if I've ever actually heard Wolf Parade. Maybe I confused them with some other "wolf" band.

QOTSA had one of the decade's great singles in "No One Knows" but I've always considered them little more than a solid meat and potatoes hard rock band. And you know me. I like a little urine in my potatoes.

Bishop Allen's "The Broken String" should be on the list of songs on the ipods of teenage girls who are in love with Michael Cera. They were all over Nick and Norah's Infinite Playlist. Shouldn't you add a George Michael album on their for shits and giggles too?! :-) did he release anything this decade?

Kill the Moonlight, for sure. Also Paisley Reich beats Dig Yourself. But a nice little article and good to get ahead of the rush.

Boss and Sucks Blood both came out in '07. Plenty of time for me to finally hear about these bands and love each album. The 'Punx Snot' category is already full (and right on-Dig Yourself gets the edge for We Got Rocket) though. I guess Magik Markers and Thee Ohsees might sit at the New Weird America Don't Need Beards or Magazine Covers table.

Others that resonated most through these wacky times:

Elliott Smith - Figure 8
Cat Power - The Covers Record
Pedro the Lion - Winners Never Quit
Grandaddy - The Sophtware Slump
Yo La Tengo - And Then Nothing Turned Itself Inside-out
(Wow all of the above just barely made the decade. Every one has a weight that i guess was portentous in hindsight. If only David Bazan and Jason Lytle were air marshalls instead...)
Stereo Total - Musique Automatique
Mclusky - Mclusky Do Dallas
White Magic - Through the Sun Door (ep but fuck it.)
M83 - Dead Cities, Red Seas and Lost Ghosts
Nathan Fake - Drowning in a Sea of Love
Electrelane - The Power Out
Arcade Fire - Funeral

Marisa- I have to say your acronym was creative but grammatically incorrect. I think you meant the homonym "elicit," which means to evoke or bring forth. "Illicit" means "disapproved of for moral or ethical reason" and is the first word in the title of so many films that play on Cinemax after midnight.

Why
Indie
Love
Can
Overrate

Dola- I'd like to thank you reminding me that And Nothing Turns Itself Inside-out was released just 53 days after the century turned. It's certainly worthy of inclusion.

I'd also like to thank you for settle a private bet on how long it would take someone to mention the Arcade Fire's Funeral in the comments.

I like your New Weird America category though no previous category was "filled" or, for that matter, existed for any reason other than to amuse myself (and hopefully the reader). Thee Oh Sees' 2008 release is likely to make the cut. As for Magik Markers, "Taste" is the jam, but the remainder of the album I can sort of take or leave (but mostly take).

Perhaps I'll do a category for "Songs I Loved from Records I Onlu Liked" for tracks like "Taste." Bazan's "How I Remember" will certainly make the cut here.