In recognition of 4/20, I thought I'd present you the reason why marijuana will never be legalized: highDEAS.com

I'm not really a fan of the green stuff myself though I do believe that all marijuana laws really do is turn otherwise law abiding people into criminals. However, the proponents for legalization of pot are usually people so chronically stoned off their ass it's hard to take anything they say seriously. People who have ideas like:

Low Self-Esteem Comedy Club Therapy Centers
A comedy club where you pay to perform on stage. The club has free admission and is pumped with laughing gas and everyone laughs at whatever joke (good or bad) you say on stage making you the most popular comedian and lifting your spirits.

It would definitely lift your spirits until the entire crowd dies of asphyxiation. You'd probably get more laughs at any open mic night featuring a living audience.

Ice Bong Mold!!
If you have seen the ice shot glasses you can buy, then you get were I'm going with this!! Make a silicone mold for a bong that you could fill with water and freeze!! It would prolly be one of the best tasting, cleanest hitting bongs ever!!!!! I have a thousand more ideas just like this.

I'm no physicist but I'm pretty sure taking fire to something made of ice results in melting.

Car Vaporizer
The automobile industry should make stoner-friendly cars.
Imagine a weed vaporizer on the end of the air conditioning duct of your car.
You turn on the AC and the vaporizer (I can piture(sic) a marijuana leaf button on the panel), close the windows and have a nice and hands-free high. Perfect for heavy traffic or long trips (yes, make it a pun).

You know what? Never mind.

Other topics range from timely to metaphysical to practical to (surprise!) culinary. I do have to admit that I've heard worse ideas from people who were stone cold sober than a giant peanut butter cup.

If you think making fun of the unique logic of potheads is far too easy you can also mock people about whom you know absolutely nothing using Omegle, a website that allows you to chat with strangers completely anonymously. Billed as a "service for meeting new friends," Omegle must be a godsend for people without AIM, G-mail, Facebook or any actual friends with whom to chat. One has to wonder what the over/under is for the timeframe when Omegle appears in a segment of your local news as haven for sexual predators. 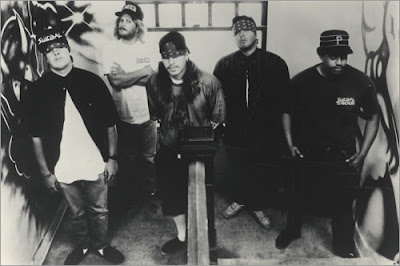 (As far as we know, NOT sexual predators)
Personally, I use it to test the effects of early 80s west coast hardcore on the world at large.

You: I was in my room and I was just like staring at the wall thinking about everything
Stranger: NO! GET AWAY.
Stranger: And then?
You: But then again I was thinking about nothing
Stranger: Well
You: And then my mom came in and I didn't even know she was there she called my name
Stranger: Yesss
You: And I didn't even hear it, and then she started screaming: MIKE! MIKE!
You: And I go:
What, what's the matter?
You: And she goes:
What's the matter with you?
You: I go:
There's nothing wrong mom.
Stranger: Uh huh.
You: And she goes:
Don't tell me that, you're on drugs!
Stranger: Ooooh
You: And I go:
No mom I'm not on drugs I'm okay, I was just thinking you know, why don't you get me a Pepsi.
You: And she goes:
NO you're on drugs!
You: I go:
Mom I'm okay, I'm just thinking.
Stranger: wow, bad mom =(
You: She goes:
No you're not thinking, you're on drugs! Normal people don't act that way!
You: I go:
Mom just give me a Pepsi, please
You: All I want is a Pepsi, and she wouldn't give it to me
You: All I wanted was a Pepsi, just one Pepsi, and she wouldn't give it to me.
Stranger: just one?
You: Just a Pepsi.
Stranger: so uh.
Stranger: are you high?
Your conversational partner has disconnected.

Stranger: hi
You: I'm about to have a nervous breakdown
Stranger: ur a guy?
You: My head really hurts
Stranger: are u a guy or girl?
You: If I don't find a way out of here I'm gonna go berserk
Stranger: u must be a chinese guy,cuz u sound so crappy

There's probably some kind of lesson to be learned here. Maybe not the same one espoused by this guy, though I do agree that you neglect Angry Samoans at your own peril.

Miss. Francis said...
This comment has been removed by the author.
6:37 PM

I'm not buying the intro - no one talks this much about weed unless they're stoned or hinting for someone to whip out the stash. Also, that comedy club sounds fun - ROAD TRIP!