The Unblinking Ear Podcast: It's a Bit Rich 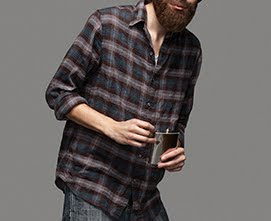 The folks at Paste magazine have given us a real think piece in their best of the decade issue on the evolution of the hipster. This probably would have been a bit more potent had the the Hipster Handbook not already mocked these archetypes much more effectively six years ago. That's not very deck. It's also a bit ironic as I'm pretty sure that every one of their selections for the decade's best music, movies, TV shows and books are issued to one as soon as they sign a lease in Williamsburg. However, I suppose it's ultimately a brave move as they run the risk of alienating their core readership on hipsters who love to scoff at other hipsters while denying their own hipsterdom. See you all swingin' on the flippity-flop!