This Moment in Slack History: The Stiffs 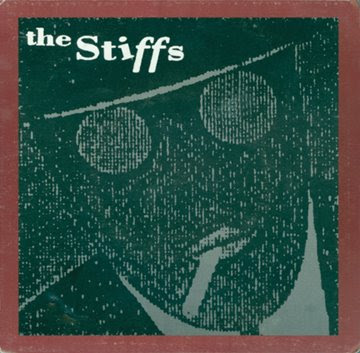 The Stiffs "Destroy All Art" and Chelsea"
As Sonic Youth told us, 1991 was the year punk broke. This is about half true. 1991 was more accurately the year that punk derived bands began making their presence known in the mainstream, chiefly in the form of the success of the first Lollapalooza tour and the ascent of Nirvana and the grunge movement. It wasn't until 1994 that full-fledged punk revival outfits like Green Day, Rancid and the Offspring started popping up on the charts and in heavy rotation on MTV. While those groups and their slicked up radio ready sound moved units, the best of the punk revival was occurring in the underground. Bands like Gaunt, the Rip Offs and New Bombs Turks all released fantastic 1990s punk albums. The blog Static Party, which chronicles 90s punk 45s, even goes as far as calling this period punk third "golden era." As one who was raised on this stuff, I can't disagree.

One of the best bands out of this mini-movement were the Stiffs a.k.a. the Stiffs Inc. The New York band released a pair of 7 inches on tiny indie labels before signing with ill-fated American Records subsidiary Onion for their debut album, Nix Nought Nothing. Like every other release on Onion, it sank like stone. The band released a second album a couple of years later and called it quits soon after. However, the Stiffs' influence in mass culture has become fairly substantial. Their striking "Victorian punk" look was shamelessly appropriated by popular mall punk goofballs My Chemical Romance.

The songs below are from the band's self-released debut 45. "Chelsea" was rerecorded for the debut full-length but this the superior version. Said album is available from Amazon for a penny if you're interested in hearing more. Frankly, it's a bargain at twice that price.

Download The Stiffs "Destroy All Art" and Chelsea"
Posted by PB at 12:38 AM

Labels: Stiffs Inc, The Stiffs, This Moment in Slack History