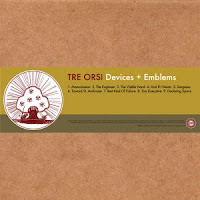 Before I contented myself with making podcasts for solitary listening, I used to be a DJ. That is, I used to play pre-recorded music in a public space for the pleasure (or displeasure) of whomever was in the particular venue at the time. One record (well, double CD, factually) I always had on standby was What's Up, Matador? In my mind, it's one of the finest rock compilations of all time. It's almost certainly the best rock comp of the 90s, beating out strong contenders like Abridged Perversion and the Clueless soundtrack.

What's Up, Matador? was not intended to be an overview of its era but simply a cheap sampler of bands on the Matador label through its first five years. Nonetheless, it plays like it's comprehensive: the definitive statement on pre-OK Computer/pre-Strokes/pre-suburban-emo-explosion indie rock. Disparate bands making different sounds, sharing some common influences and a commitment to doing it their own way. If grunge was America's punk and 1990s alt-rock its new wave, then WUM? was its Wanna Buy a Bridge?

While one of WUM?'s strengths is its variety and it's unlikely that any of its bands sought to sound like each other or even behold themselves to the parameters of a genre, there is an inescapable if almost intangible sonic kinship to some of the songs. Heartfelt without histrionic over-emoting. Cerebral with out being clinical. Melodically dynamic and instrumentally expressive without forgetting to bring the rock. (And usually mid-tempo.) You could hear it in songs like Yo La Tengo's "Tom Courtney," Liz Phair's "Stratford-On-Guy" and Silkworm's "Couldn't You Wait." You could hear it in cuts from non-Matador bands of the era, like Sebadoh's "The Freed Pig," Polvo's "Tilebreaker" and Versus' "Bright Light." I certainly wouldn't use the term "generic," but it was prevalent enough that I, however naively, considered it to be the "indie rock sound." That is, if someone said they were into indie rock at the time, that's the sound of which I thought they were speaking. And they usually were, more or less. (Nowadays when someone says they're into "indie," I have no clue what they like. But that's a story for another time.)

So why am I talking about one record when I'm ostensibly reviewing another? When I heard "The Engineer" from Denton, TX band Tre Orsi on the Casual Victim Pile compilation (coincidentally [or not] released on Matador 16 years after WUM?) earlier this year, it brought back a flood of warm memories of a bygone era. It wasn't so much the comfort of nostalgia as it was the thrill of rediscovery of a lost art, the head-slapping thought "Why don't more bands sound like this?" As good as Casual Victim Pile was (and it was quite good), "The Engineer" was head and shoulders the standout out track. I couldn't wait to hear more from Tre Orsi.

Today is the digital release of their debut album Devices + Emblems on the Comedy Minus One label. (The vinyl came out a few weeks ago.) "The Engineer" is here along with 8 (on the LP, 10 on the download) other tracks that prove this is a band worthy of your attention. I may have given the impression that Tre Orsi is merely some revivalist act. This is not the case. If they wanted to go that route, they could simply drive headfirst into cliche, which they thankfully avoid. Rather, the trio uses their influences as a foundation for their own style, simultaneously muscular and melancholy. That they could reclaim the soft/loud dynamic from nearly 20 years of terrible post-grunge and spin it into something distinctly their own on a song like "Best Kind of Failure" is nothing short of remarkable. I could cite other tracks as fine examples of their craft but, frankly, it seems a little redundant. There's simply not a bad one in the bunch.

In his review of this album for Dusted (which I'll freely admit is probably more convincing than this one), Doug Mosurock concludes "The notion of ‘90s indie rock might as well be folk music (or at least the sort of folk music we looked down upon in the ‘90s) but goddamnit, this is my folk music, and I’m sure more than a handful of you wouldn’t argue that it’s yours, too." I certainly concur, but I'll take it a step further. Devices + Emblems is one of the year's best albums. A subjective notion, sure. But if you wanted objective relevance you could head over the Hype Machine and let the algorithms steer you toward what's hot. I'm just a human recommending some human music. (Hey! That's another awesome comp!) Your reward is the same as mine.
Posted by PB at 3:04 PM